The Queen's Most Magical Jewels

Her Majesty Queen Elizabeth II was an incredible monarch, reigning from the age of twenty-five, for seventy years. During this time, she has been a great inspiration. From her loyal and devoted nature, to serving the British Kingdom throughout its recent history. She always remained graceful and charming, wearing the right jewellery for every occasion.

Let's take a look at some of her most beautiful moments as an influential Queen, Wife and Mother. 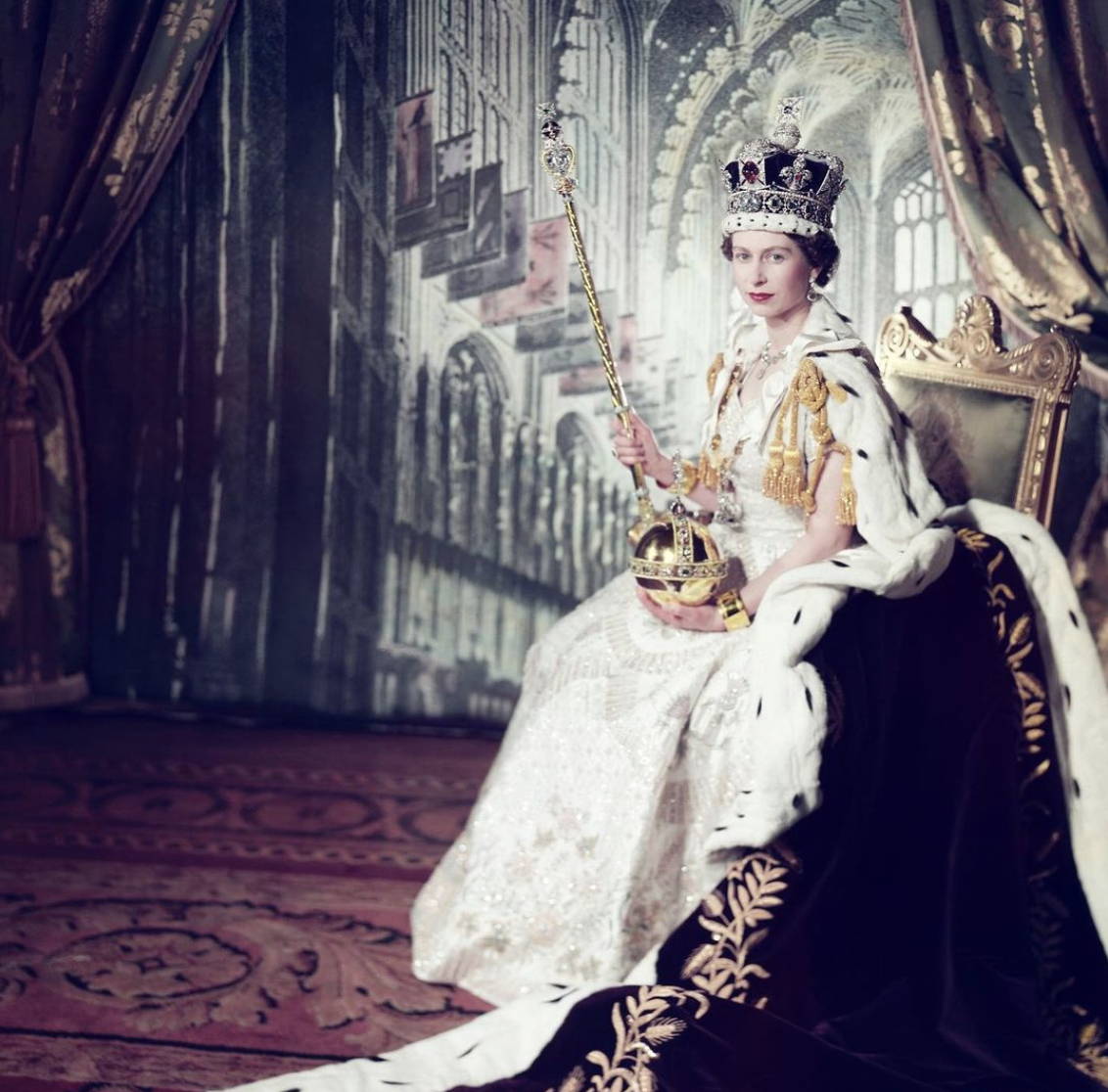 Many images come to mind when thinking about the Queen. One image in particular is her Coronation portrait, captured on 2nd June 1953 by Cecil Beaton. At the heart of the The Crown Jewels, lies the Coronation Regalia which is worn by each monarch to represent their future powers and responsibilities. The Imperial State Crown is magnificent, featuring 2,868 diamonds, 17 sapphires, 11 emeralds, 269 pearls and 4 rubies. In the centrepiece of the crown is the Koh-I-Nûr diamond which originated from Southern India, and weighs 105.6 carats. Its name comes from the Persian & Hindu word for ‘Mountain of Light’, emblematic for when each monarch begins to reign. 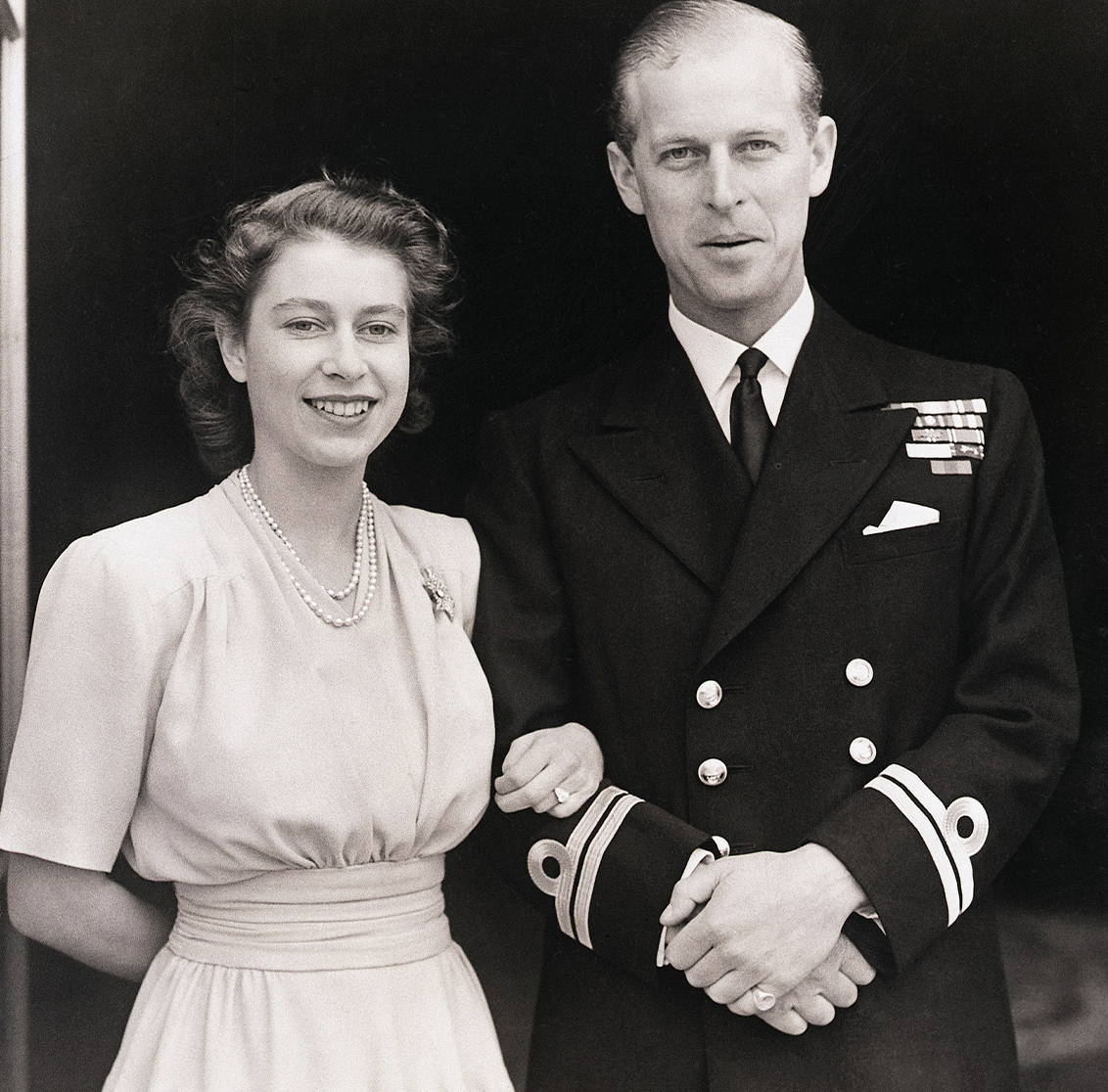 Within the Queen’s jewellery collection she kept 15 rings, one being her solitaire engagement ring. In 1946 following the summer of the Second World War, Prince Philip asked King George VI for Elizabeth’s hand in marriage and it was agreed that she would present their news to the public following her 21st birthday. Her engagement ring was commissioned by London jeweller Philip Antrobus who created it out of an antique diamond tiara gifted from Philip’s mother, Princess Alice of Battenberg. The ring has a classical design with a three-carat round brilliant diamond, set in platinum and flanked by smaller pavé set diamonds. On 10th July 1947, the Queen and Prince Philip announced their engagement and she wore it for the first time. 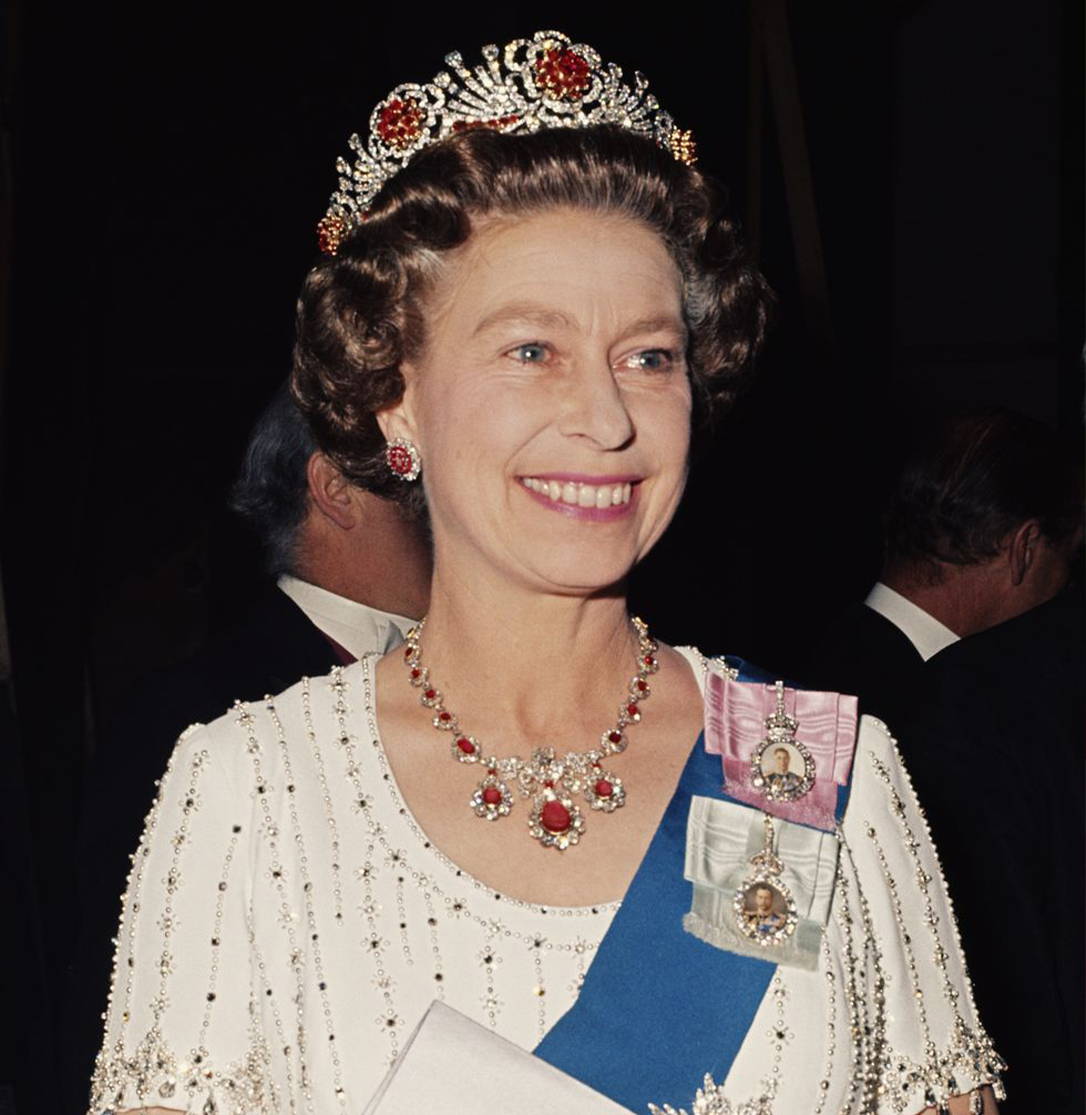 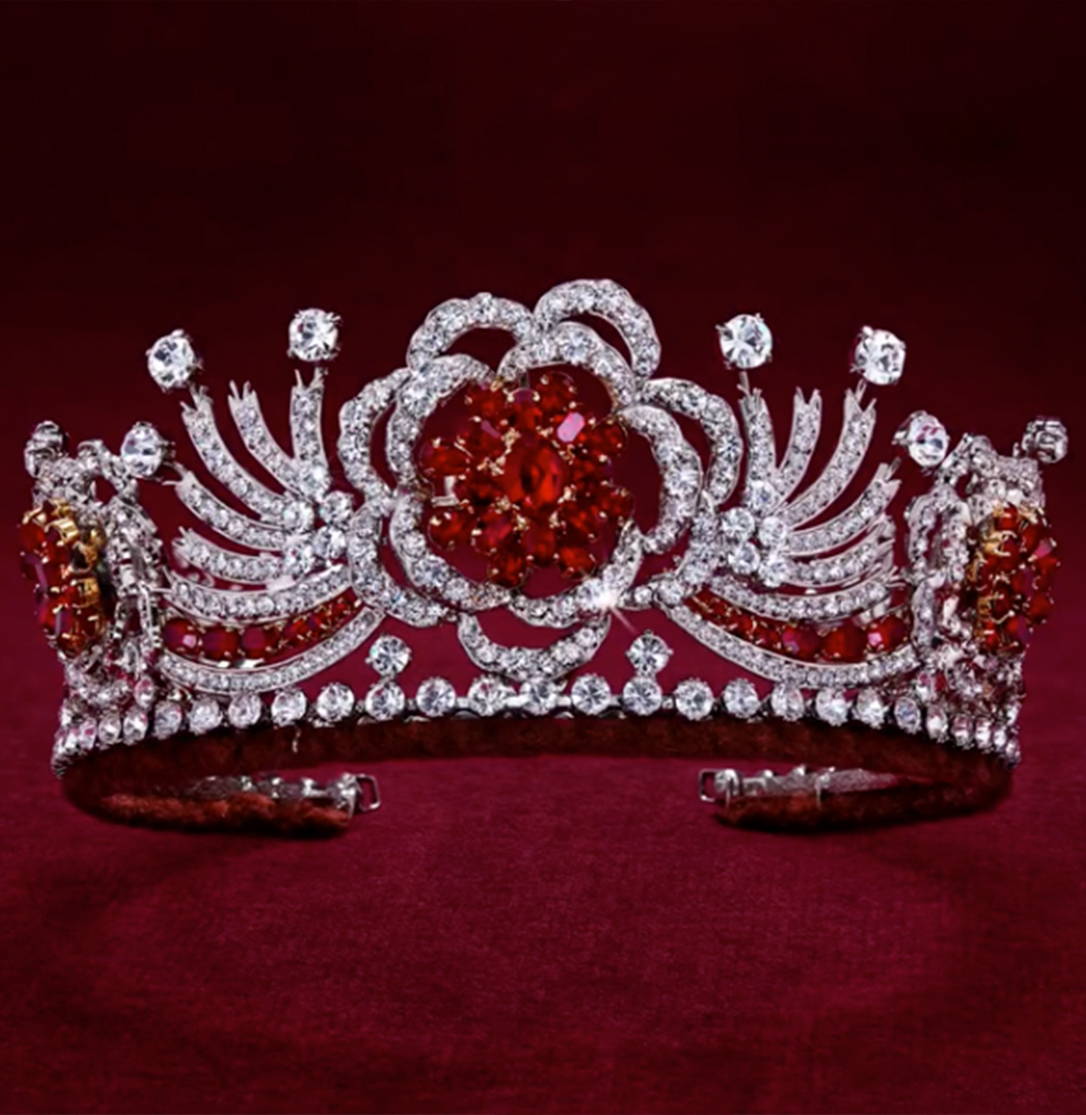 The Queen kept a multitude of precious gemstones from Amethysts, Sapphires, Emeralds and Rubies, with each holding its own unique story. Her Burmese Rubies were gifted in 1973 to the Queen by the people of Burma as a wedding present. The Burmese people believed that there are 96 illnesses that could affect the body, so gave The Queen 96 rubies as a gesture of love and protection. She wore it as part of her tiara at a royal gala in 1977.

The Duchess of Teck’s Earrings 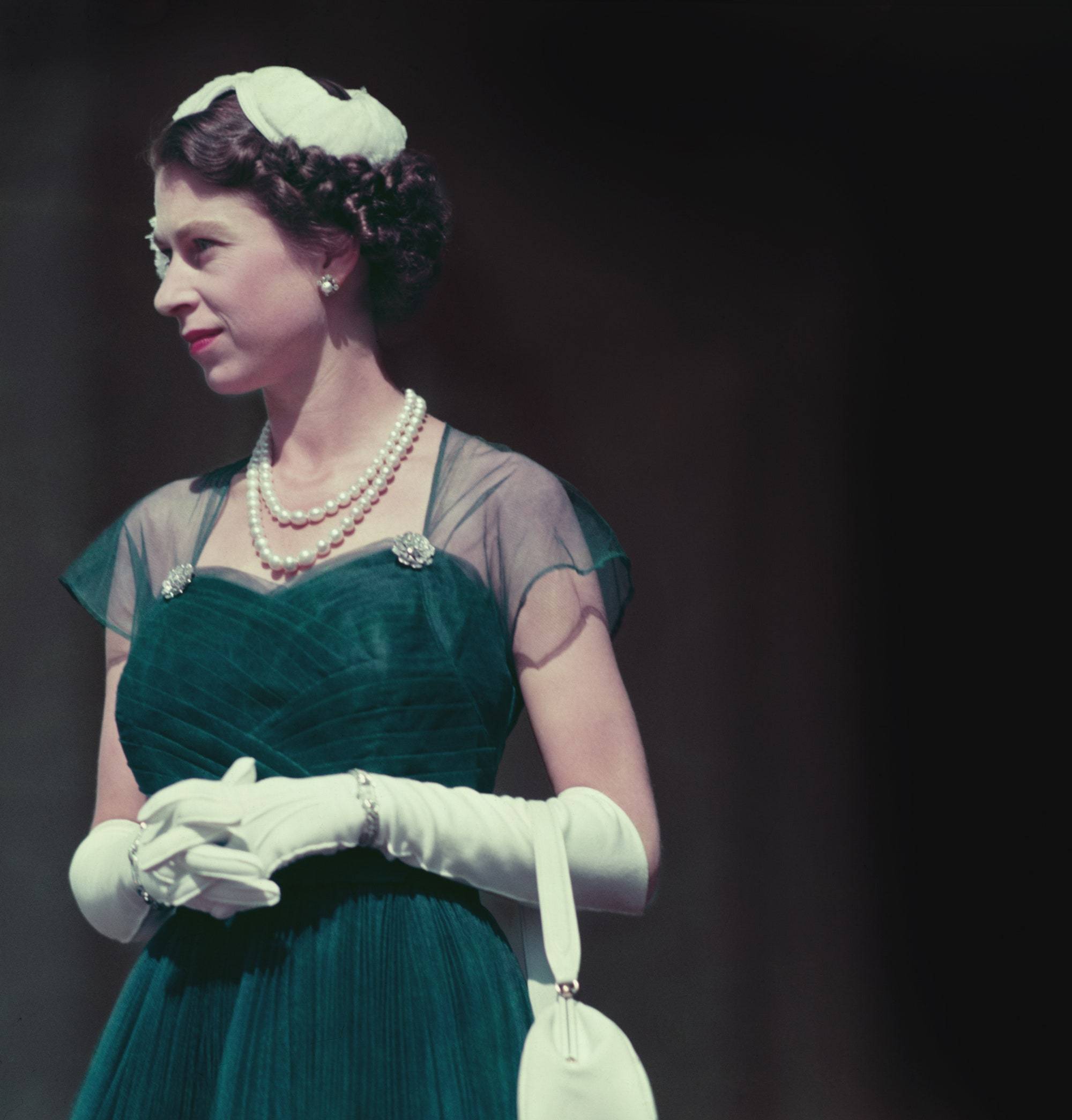 Jewellery has a timeless quality, especially when it is given from one generation to another. These earrings were a gift to Her Majesty in 1947 by Queen Mary, who inherited them from her mother, Princess Mary Adelaide, Duchess of Teck. The centralised pearl is set with eight diamonds in a square formation, offering a classical design for the Queen to wear on many occassions. Throughout her life, she wore them during sentimental moments including her wedding day, honeymoon and 60th wedding anniversary. 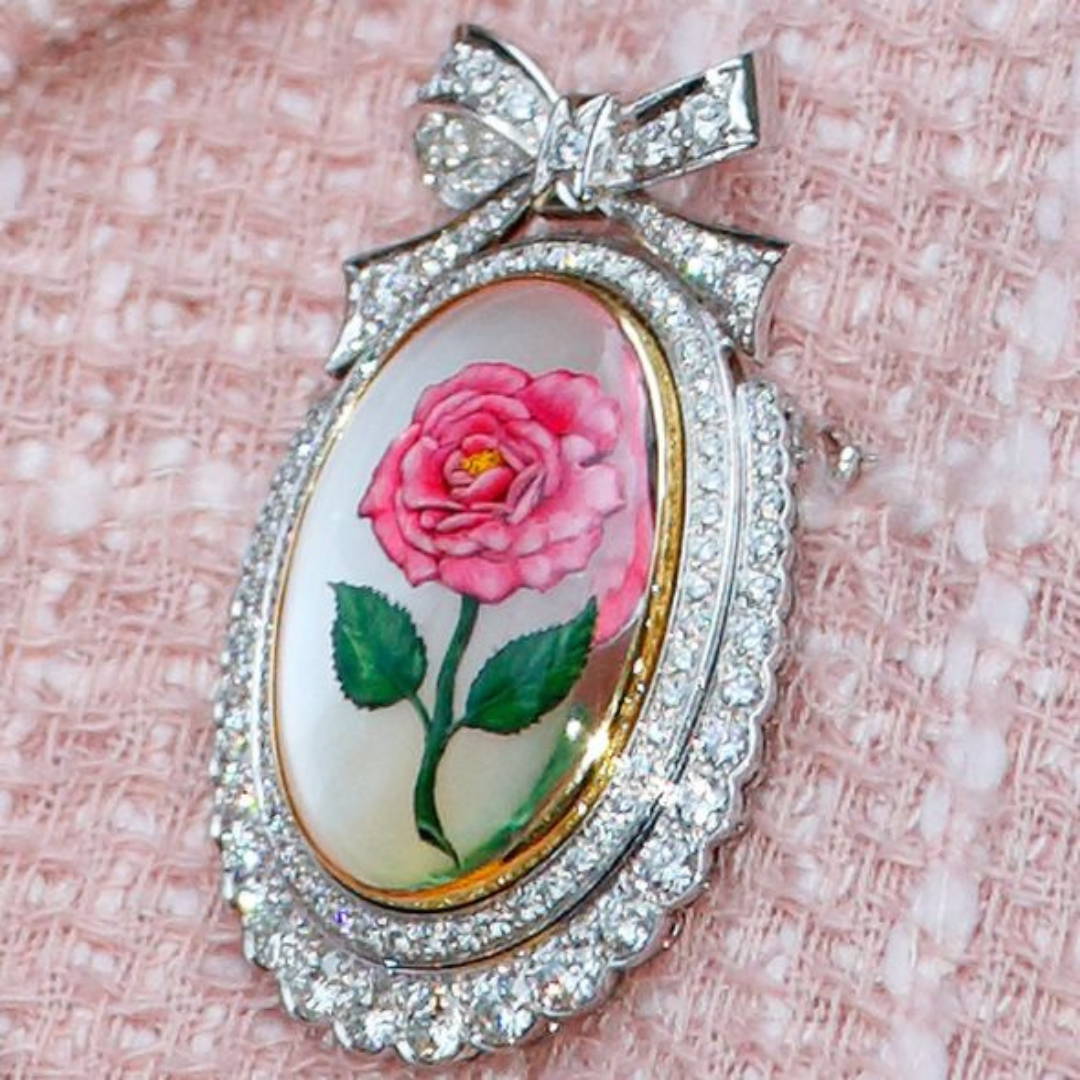 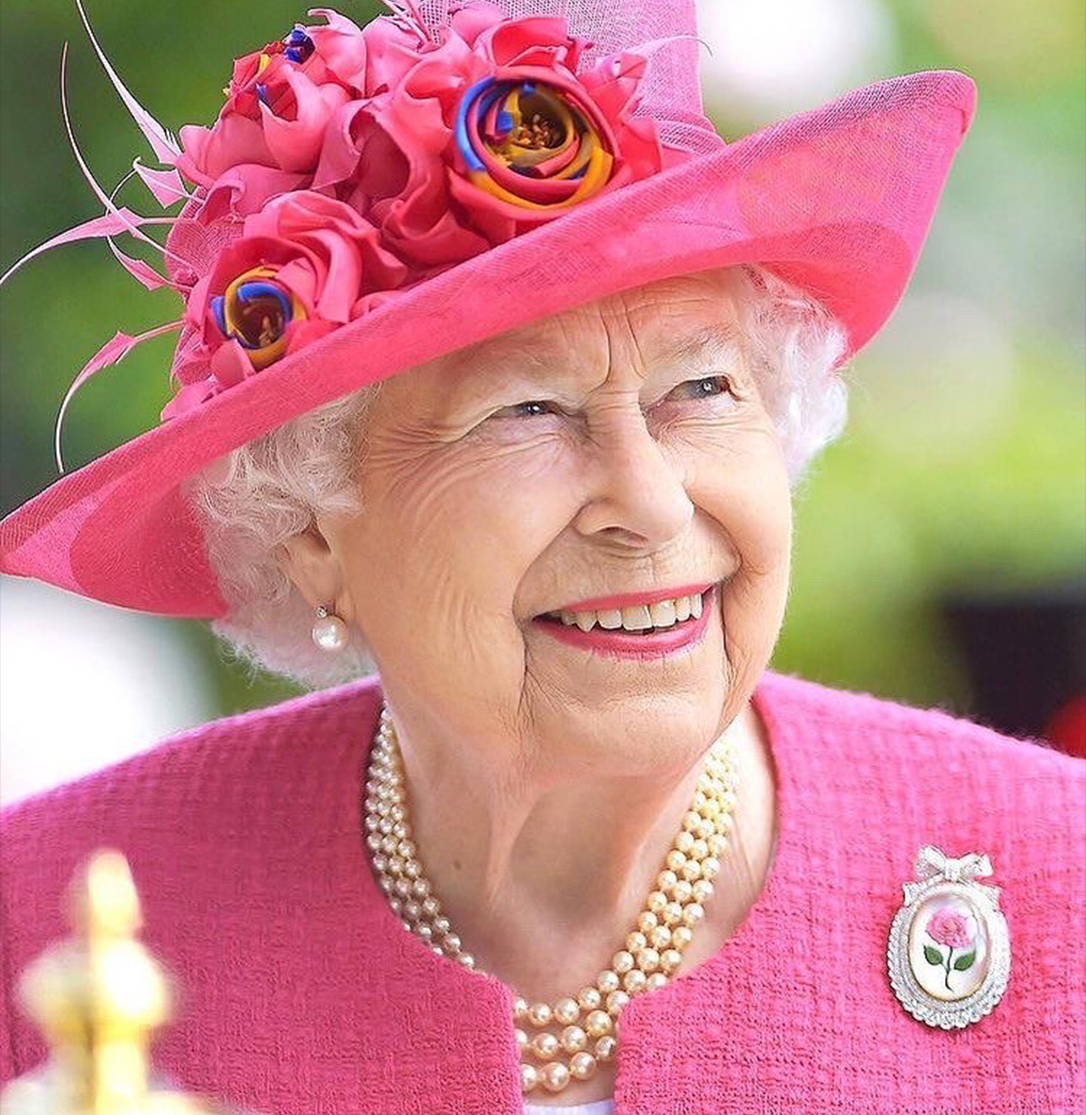 Creating your own piece of jewellery makes wearing it even more special to wear. This is why the Queen's Centenary Rose brooch is so sentimental as she designed it herself as a 100th birthday present for the Queen Mother. The brooch features an intricate hand-painted Queen Elizabeth Grandiflora Rose on rock crystal, with 100 diamonds framing it. The Queen notably wore this brooch for her 2002 Christmas broadcast, the very same year her mother passed. 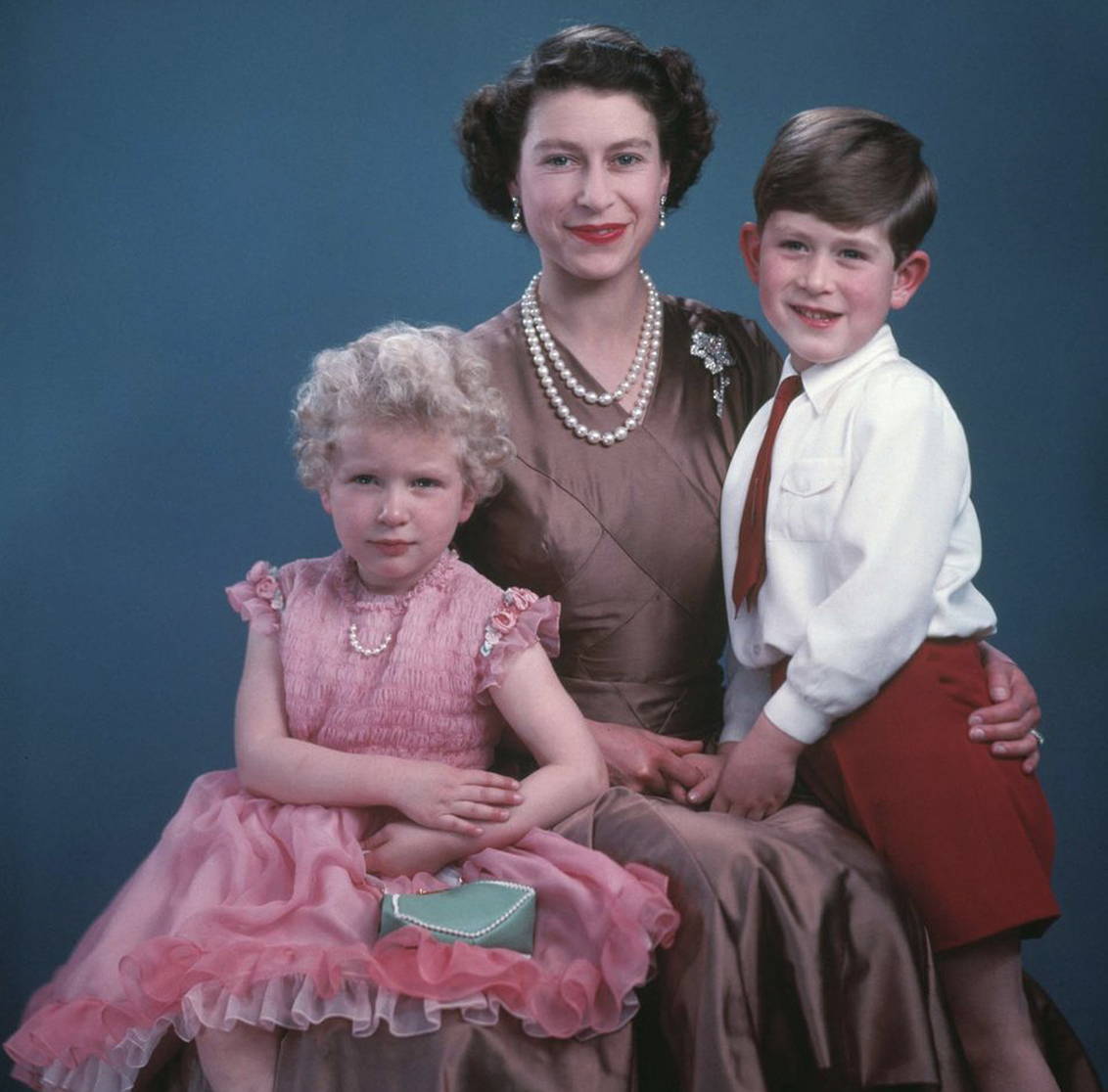 “Pearls are traditional for Queens going back one thousand years - there has never been a Queen who didn’t wear pearls.", Leslie Field, author of The Queen’s Jewels. Holistically, this comes as no surprise as pearls are considered as a totem for wisdom, serenity and good luck. During her famous declaration speech, the Queen wore her signature pearl necklace and continued to into motherhood. She would often wear her pearls as two or three individual strands, styling them with one of her favoured brooches. 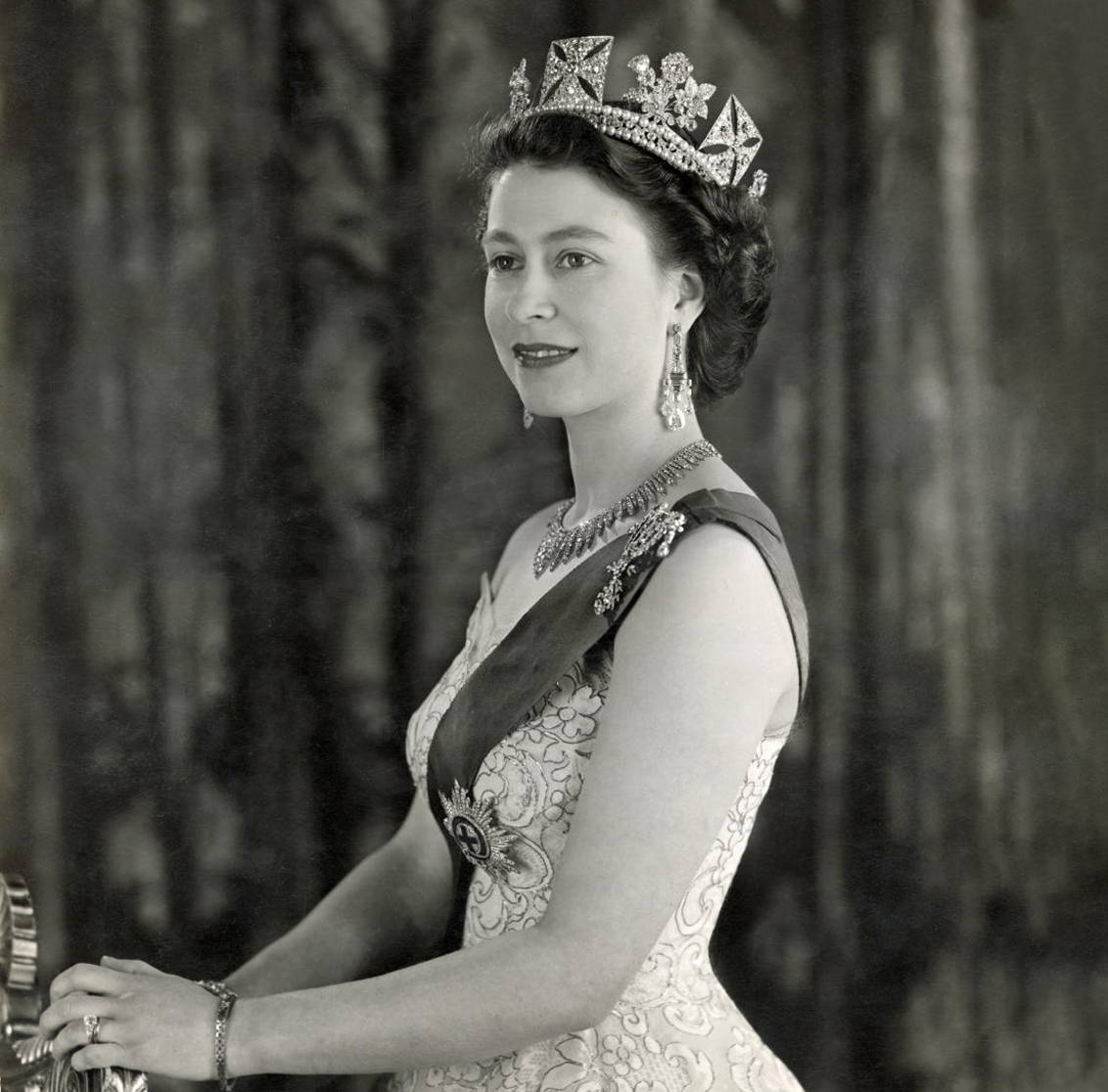 The most iconic piece of jewellery worn by the Queen is The George IV Coronation Diamdem. Commissioned by George IV (1762 - 1830), it was created by the jeweller Rundell & Bridge. This spectacular crown features 1,333 diamonds and 169 pearls. It presents a combination of gold and silver, measuring 7.5 centimetres tall and 19 cm in diameter. Worn specifically by every queen and queen consort, Her Majesty wore it for her famous portrait used for stamps and it has since become an iconic image for many of us around the world.

Remembering the Queen; May her honourable service live on, in loving memory.

Stay up to date with the latest news at Noor's World